3rd Post from “Life, Love, and Everything in Between”

3rd Post from “Life, Love, and Everything in Between”
Posted by Unknown at 7:11 PM No comments:

Hello and welcome to JoAnne's Blog. This week I have the handsome and talented A.S. Wilkins, as my author guest.  Please enjoy his cool photos and don't forget to leave those comments.


The Hostess
(A Work In Progress Excerpt)


A bewildered grin flickered across her face as she moved swiftly into the dining room to join the main party of guests, who were now attacking the buffet table with fervour.  As the hostess of this New Year’s Eve soiree, her absence had been hardly inconspicuous; she noted a few raised eye-brows and halted conversations as she entered the room.  She managed to force a smile while endeavouring to make light of the conflicting emotions battling for supremacy in her head.  In one sense she felt smug, enjoying the obvious effect ‘their moment’ had inflicted upon him.  This wasn't unusual; she possessed a naturally flirtatious personality, and revelled in the way a few well-chosen words or a sensual gaze could leave a man hungry for more.  But this was different.  She had experienced a chemistry so real, so unexpected, that she was now the one hungry.  This stranger, walking a few steps behind her, had stirred previously untapped emotions, and as a consequence she found herself in a state of confusion and frustration.
Scolding herself for allowing these feelings to dominate her thoughts, she sauntered over to her husband and felt his arm protectively fall about her shoulders.  She slipped one arm around his waist and held him tight, deliberately catching the eye of her protagonist.  How dare this stranger make her feel this way? A stranger who commanded her body and captivated her mind; a stranger who both baffled and inspired her, not through conversation alone, but through his eyes, his movement, and his simple touch too.  A man who made her tingle with excitement, had penetrated her tough exterior, destroying the protective walls as though they were made of paper.  A man who had reached out and touched her naked soul.
The evening continued in a whirl of canapés and background music.  Guests mingled freely, and as the alcohol flowed, the atmosphere became more raucous.  She chatted with friends, but would intermittently steal a glance in his direction, and their eyes would lock once again.  They studied each other intently as though trying to determine their next move.  Midnight duly arrived to the jubilant cries of ‘Happy New Year!’  The annual ritual of hugging and kissing friends, as well as complete strangers, began in earnest as every permutation in the room wished each other all the best for the coming year.  She looked on as he prised Jonathan from his latest girlfriend and gave him an almighty bear hug.  How long had they been friends, she pondered?  In all the years she’d known Jonathan, he’d never spoken of this man.
The room was alive to the sound of celebration; party poppers and streamers, the popping of champagne corks, and drunken choruses of Auld Lang Syne, many of which sadly out of tune.  Fireworks exploded from the gardens of neighbouring houses, and several guests made their way onto the terrace to watch the night time spectacle.  She sipped her champagne and congratulated herself on a successful evening, while half-listening to friends discuss their New Year’s resolutions.  It was then that she noticed him, tentatively shuffling towards her; with each step the music and guests disappeared in a haze, until he stood before her.  He raised his glass, and she reciprocated; a faint chink of crystal that only they heard.
“Happy New Year,” he whispered.  His voice was warm and inviting, and drew her closer.
“May all our dreams come true,” she replied, realising she had spoken before considering her words.  She was once more lost in another world, where time stood still and events were of no consequence.
A thunderous explosion suddenly lit up the night sky through the French windows, bringing her to her senses.  The last of the guests in the room made their way hurriedly out onto the terrace.  He smiled at her.  They both knew there was little more to be said.  Instinctively, they turned to join the others.
The party continued long after the neighbouring pyrotechnics had fizzled out.  Drinks continued to flow, and lively dance music now pulsed loudly throughout the house, providing it with a heartbeat.  She cavorted with friends, doing her best to avoid him, conscious that her large intake of alcohol could easily lead her into trouble.  He seemed equally occupied with Jonathan, who was beginning to look worse for wear.  She pitied his new girlfriend; she doubted she’d be seeing any more fireworks tonight.
Once the New Year had been officially seen in, revellers began slowly departing, and by three in the morning, festivities were on the wane.  The last remaining guests were assembled in the large hallway, gathering their coats.
“It was a pleasure to make your acquaintance.”  His words were deliberately brief and somewhat hesitant, while awaiting her response.
“Thank you for coming,” was all she could muster, desperately trying to conjure a witty remark, berating herself when her confused mind refused to co-operate.
He took her hand, lifted it slowly towards his mouth and planted a soft kiss upon it, unaware of the effect such an action stirred within her.  She felt light-headed, the combination of chemistry and alcohol mixing well.  She found herself wishing the moment would last forever.  He read her mind while gazing into her eyes, then reluctantly let her hand fall to her side as he nodded in the direction of her husband, who was making his way towards them.
She watched as he took her husband’s hand and shook it firmly, made his farewell and headed for the front door, supporting a rather inebriated Jonathan, much to the relief of his girlfriend.  Within seconds he was gone, along with the remainder of the guests, who had now spilled out into the early New Year’s Day morning to the sound of a mixture of stifled giggles and hushed conversations. 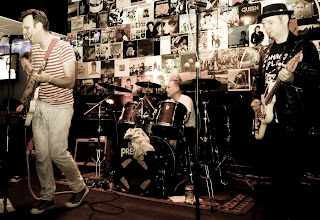 ﻿
﻿
A Few Facts About A S Wilkins (aka Charming Man)

Posted by Unknown at 8:42 PM No comments:


“Poems About Life, Love, and
Everything in Between” is a collection of personal poems written with love and
respect for others  http://outskirtspress.com/bookstore/1478734760.html.

Posted by Unknown at 8:15 PM No comments:


“Poems About Life, Love, and
Everything in Between” is a collection of personal poems written with love and
respect for others  http://outskirtspress.com/bookstore/1478734760.html.

Posted by Unknown at 9:35 AM No comments:


“Poems About Life, Love, and
Everything in Between” is a collection of personal poems written with love and
respect for others  http://outskirtspress.com/bookstore/1478734760.html.
Posted by Unknown at 9:45 AM No comments:


‘Twisted Love” 12 true
stories of love gone bad taken from the headlines of the most heinous
cases  http://www.blackrosewriting.com/other/twisted-love
Posted by Unknown at 2:56 PM No comments: 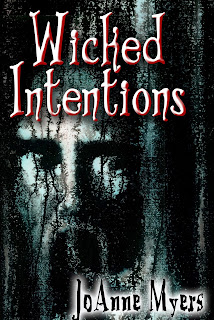 Blurb:  When Carrie Reynold’s starts having nightmares on her twenty-sixth birthday, she believes her “dark visions” can solve the twenty year disappearance of her father.
Excerpt from “Dark Visions”


Excerpt: Mark was gone from Carrie’s bed when she awoke. In his place lay a
hand-written love note decorated with flowers and hearts. “Mark, you’re quite the artist,” she said to the note with a deep satisfied smile. Checking the clock she found she had less than thirty minutes to shower, dress and get to church…and be there on time. Anyone arriving late had to sit in back of the church, and Carrie was expected to sit with her mother.


her mother’s cheek, sat with her in the fourth row. “I didn’t think you’d make


it,” whispered Myra, noticing her daughter’s glowing appearance as did others, as evidenced by smiles and wiggling eyebrows. “So, when’s the wedding?”


Carrie stopped her last minute primping and whispered. “Does it show?”


“You got ‘I had sex last night’ written all over your pretty face.”


“Father was morally and emotionally weak. Mark is not.”


“I may not know everything about men, but one thing I do know is this, ‘If


“That’s a horrible presumption to make about Mark.”


Carrie started to answer, but the organist’s Prelude interrupted. Angry with


her mom and her attitude toward men in general and Mark in particular, she


made a quick exit. Once outside the church, she raced sobbing to her car and


peeled out of the parking lot. She immediately called Mark.


Review:  “This was a very interesting collection of short stories and all had a touch of the paranormal. Overall, this is a book well worth reading.”


Review: “Good ghoulish bedtime stories. Wicked Intentions is a collection of short mysterious tales about love gone wrong and restless souls of the spirit world trespassing in the land of the living. Interesting stories to keep you up at night reading.” 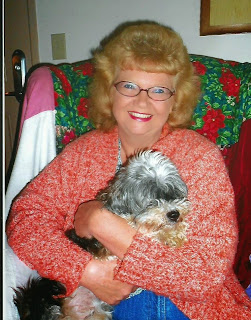 JoAnne has been a long-time resident of southeastern Ohio, and worked in the blue-collar industry most of her life. Besides having several novels under her belt, JoAnne canvas paints. When not busy with hobbies or working outside the home, JoAnne spends time with relatives, and volunteers her time within the community. JoAnne is a member of several writing clubs. JoAnne believes in family values and following your dreams. JoAnne’s original canvas paintings, can be found at:  http://www.booksandpaintingsbyjoanne.com 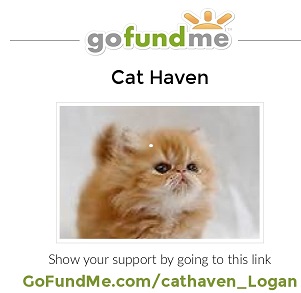 To lower the unwanted cat litters in Logan, Ohio.
Posted by Unknown at 10:04 PM No comments: